Strengthening Your Inner Pulse: Think like a drummer part II

When I listen to the drummers in Montreal that I have the great pleasure of regularly performing with I am constantly amazed at how effortlessly they can play ideas using different rhythmic subdivisions simultaneously throughout the kit. For example, he might comp phrases on the snare drum that have a quarter note triplet subdivision against a ride cymbal pattern that has 4/4 feel. A drummer can also hint at another "feel" while simultaneously playing another feel. As far as playing concepts and ideas on the kit, the drummers I've spoken with have told me they spend a lot of time dealing with subdivisions which is the beginning of how they build complexity on their instrument that doesn't sound random but relates back to something fundamental like the basic swing feel.

In the three against two exercise for this week we now subdivide the quarter-note triplet in 3 creating a new grouping of 9 against 2 (or 4 if you're tapping eighth notes with your foot). Once you get this going notice how it creates the sensation of 2 simultaneously occurring "feels" in your body. Your inner pulse must deal with both subdivisions of the beat. You might start by mathematically placing the second quarter note of the bar between the 5th and 6th triplet triplet subdivision. However after a while you'll want to achieve a flow with both your feet and your hands and should try to hear them as two simultaneous and related rhythms. Take note how the odd number of notes in a bar creates a 2-bar phrase between your right and left hands.

Try and compose lines on your instrument with these rhythmic groupings and see how that changes your soloing. Have fun! 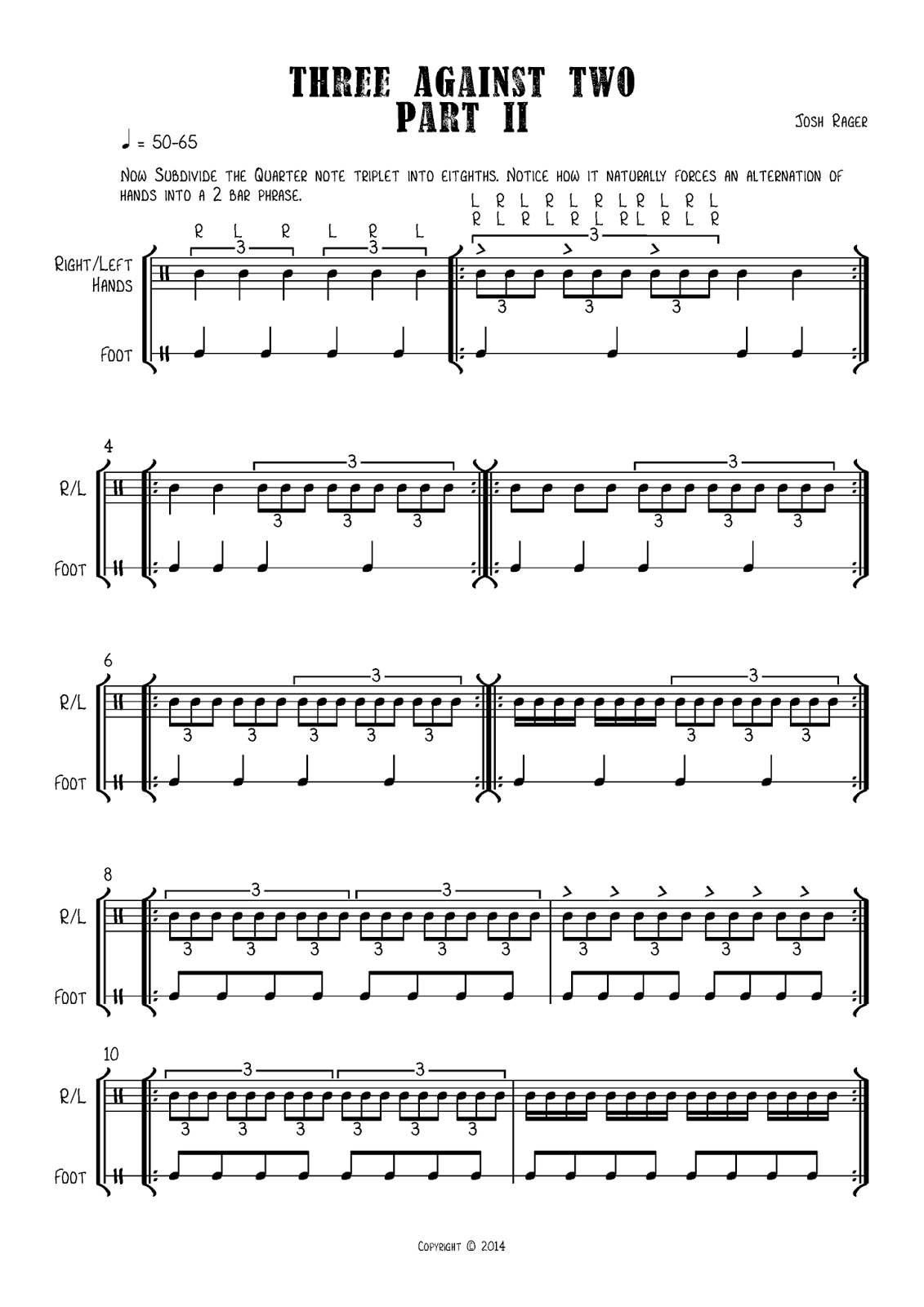